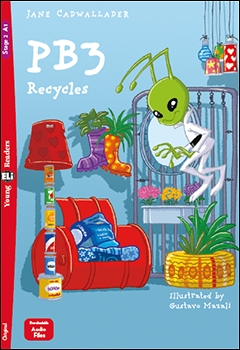 When PB3’s robot, Robin, stops working, the doctor on Planet P3 tells PB3 to throw her in the rubbish and buy a new robot. There is a needle made of wood that is broken and cannot be replaced because there are now no trees on Planet 3. PB3 goes off to Earth to look for a needle made of wood to save his friend. During his search he finds out about recycling and also about children who collect things to sell on rubbish tips. Will the children be able to help PB3 and will PB3 and Robin be able to help the children?